"The body strikes back" - Landmarks of medical science

Only by the end of the 19th century, a fascinating finding began to prevail: The human body is a constant battlefield between the immune system and bacteria, viruses or parasites. Since this time, a lot happened in the medical sector. A time travel informs about the landmarks of medical science. 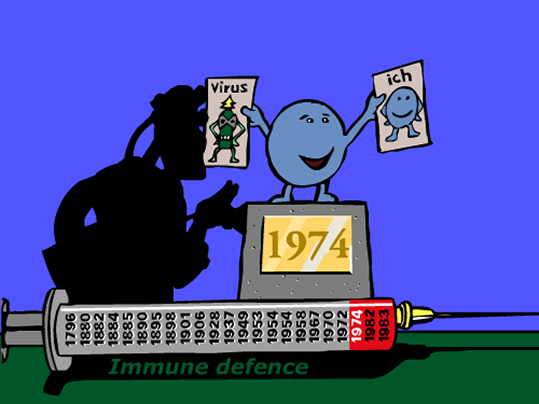 Peter Doherty and Rolf Zinkernagel described a fundamental mechanism of the immune system in 1974. The immune system intervenes and destroys an infected cell only when a cell infected with a virus makes itself know as one of the body's own cells and, at the same time, presents information describing the pathogen.

The journey through the landmarks of medical science can be started by clicking on a date. An animation will be shown. For further information on this topic, please click on the doctor's book. To exit the animation, you have to click on the x-button. 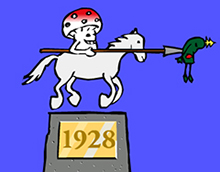 Survey of the milestones 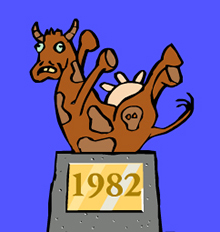 It was clear to Stanley B. Prusiner that the brains of humans and animals were destroyed by prions which had under - gone pathological changes.