"The body strikes back" - Allergies

An allergic person suffers from an over-ambitious immune system. In Germany 25 million people are affected by this widespread disease. The animation shows what happens in an allergic person’s body by means of strawberry intolerance. 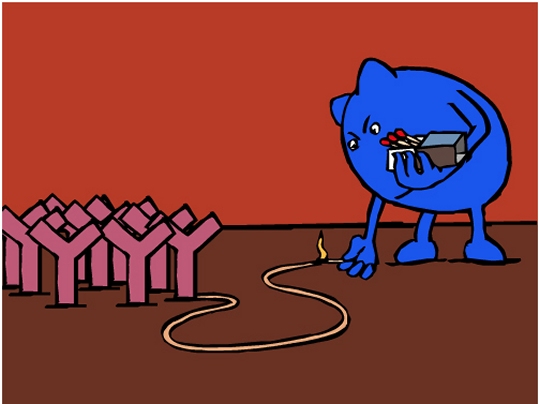 The immune system has the task of detecting foreign matter and pathogens and rendering them harmless. However, allergy sufferers bring out a comparably huge weapon arsenal to beat off tiny quantities of microscopically small allergens. This unreasonable large-scale mobilization also deploys defence units which can cause inflammations, damaging the sufferer's organism. 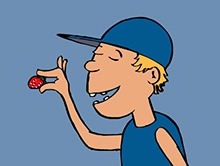 A supposedly harmless strawberry can cause terrible allergic reactions.

In extreme cases, this can cause an anaphylactic shock. If allergens enter the body - from an insect sting or the administration of medicine, for example - large quantities of the inflammatory substance histamine are released. The vessels expand abruptly. As a result, the blood pressure drops dramatically and the circulatory system collapses. Vital organs such as heart and brain are no longer provided with adequate supplies of oxygen.

What are the signs of an anaphylactic shock?

The affected person first feels light symptoms of illness such as a burning of the tongue, itching, rash, difficulty in swallowing. But difficulty in breathing, weakness, nausea and vomiting can quickly follow. If the circulatory system collapses, the victim loses consciousness.